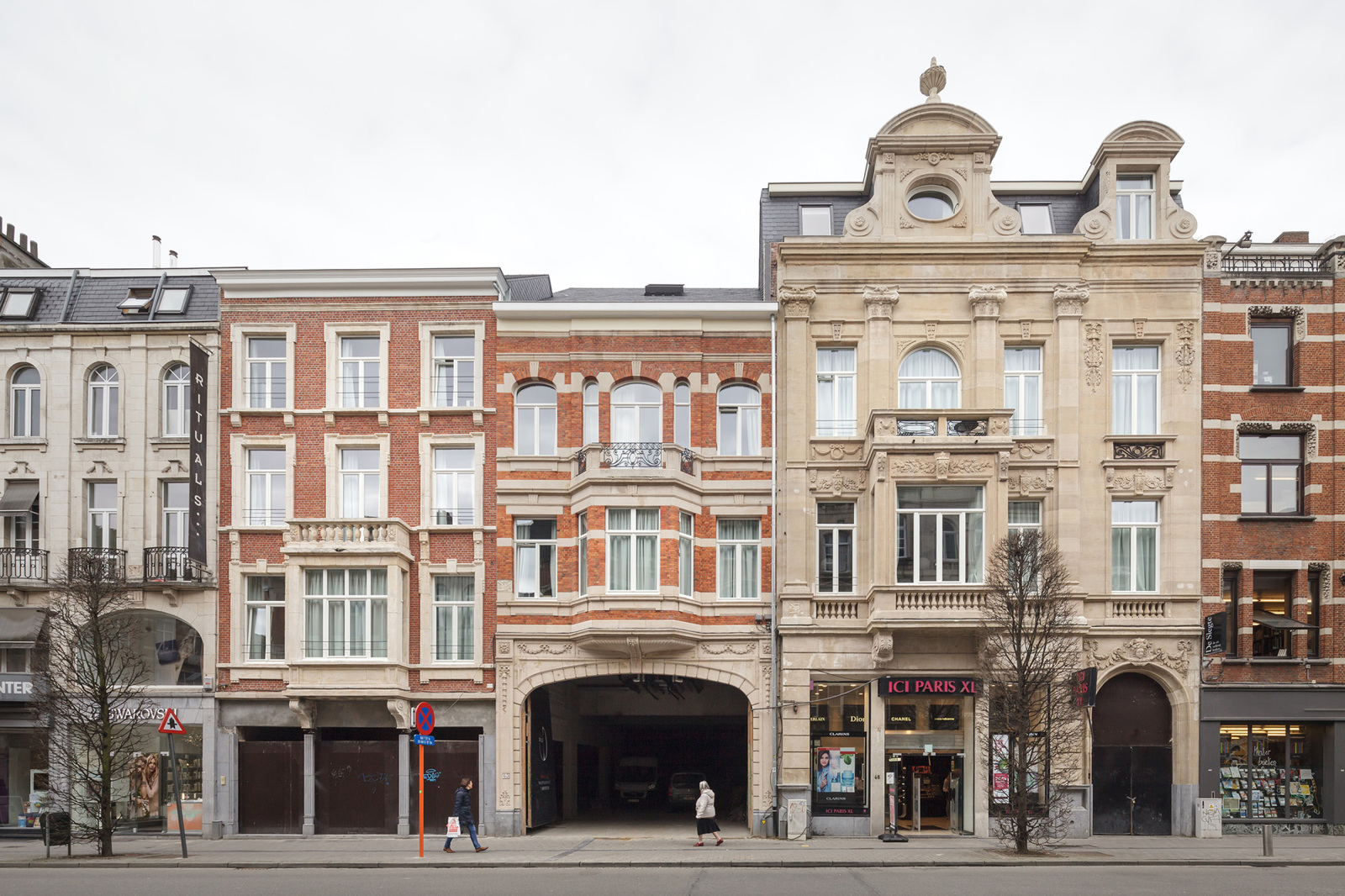 Hemmed in between the Bondgenotenlaan and the Puttegang, ‘De Bondgenoot’ needs to fit into a complex context with two faces. On the one hand, a grand avenue with post-war reconstruction buildings in an eclectic style, on the other hand a cluttered rear of annexes and raised commercial premises. The two sides call for a twofold project: commercial premises and student housing, each with its own entrance. The functional mix of ‘living above shops’ prevents a monotonous burden on the area.

For a proper perception and experience of the avenue, it is essential that the project continues to be recognisable as three separate entities. On the Bondgenotenlaan, the historic division and relief effect of the façade will be restored in a contemporary vernacular. Internally, the three buildings will be interconnected, without sacrificing the experience of three separate entities. This is prevented by a glass plinth, which connects the three buildings to the street.

Whereas the commercial premises are accessed from the grand Bondgenotenlaan, the student rooms are approached from the more informal Puttegang. The available potential is used to include the roofs of the commercial units as qualitative and collective green outdoor spaces. The raised ground level acts both as a meeting place and as a generous entrance. The garden is shaped by a wooden structure, which functions as a partition, storage as well as a studio. At the back, the three buildings also continue to be recognisable as separate volumes, but they receive a fresh coherence by means of whitewash and slender detailing. The back becomes the front. De Bondgenoot thus constitutes a classic example of how to deal with future developments in the inner zone.

The garden gives onto a single spacious open area that fits within the historic building structure. Two parallel corridors, whose floor levels are staggered half a storey, provide access to the student rooms, communal areas and studios. The coexistence of two corridors enables a spatially interesting circulation, allowing the high ceiling to be retained. No façadism here, where only the outer shell is preserved, but a full-scale integration of the historic building structure. 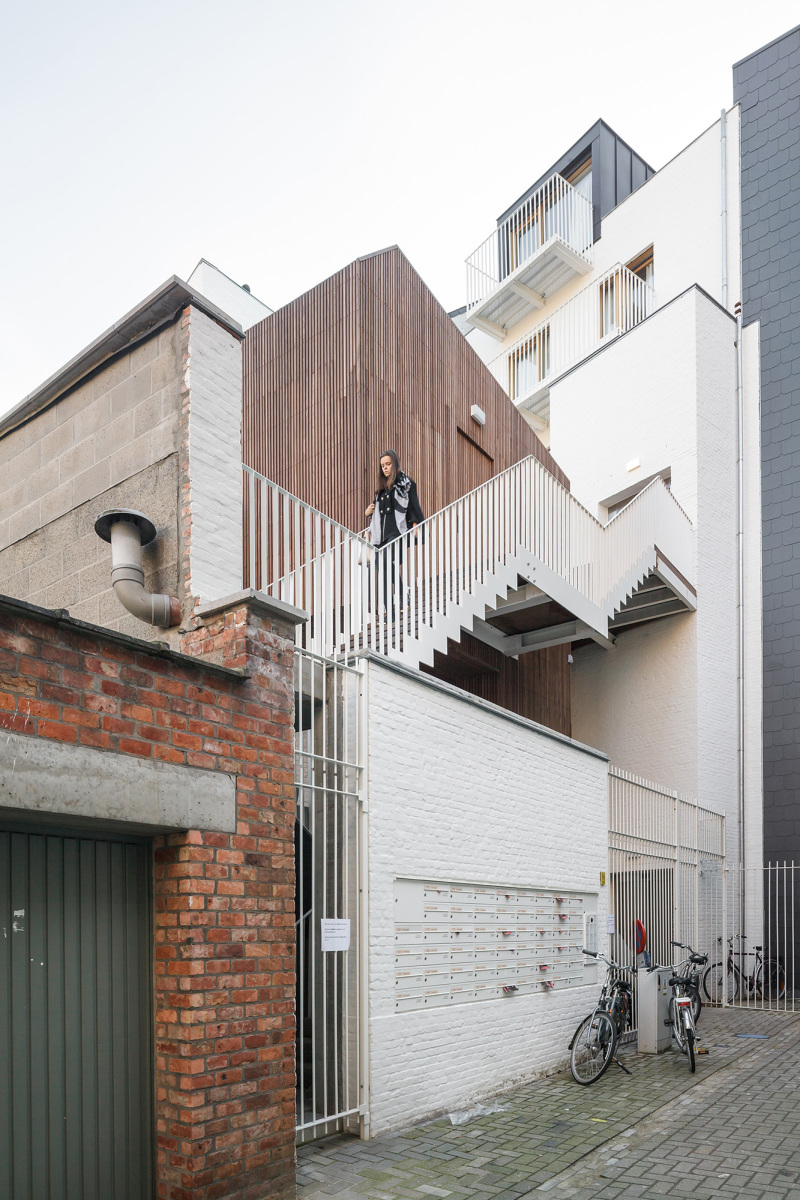 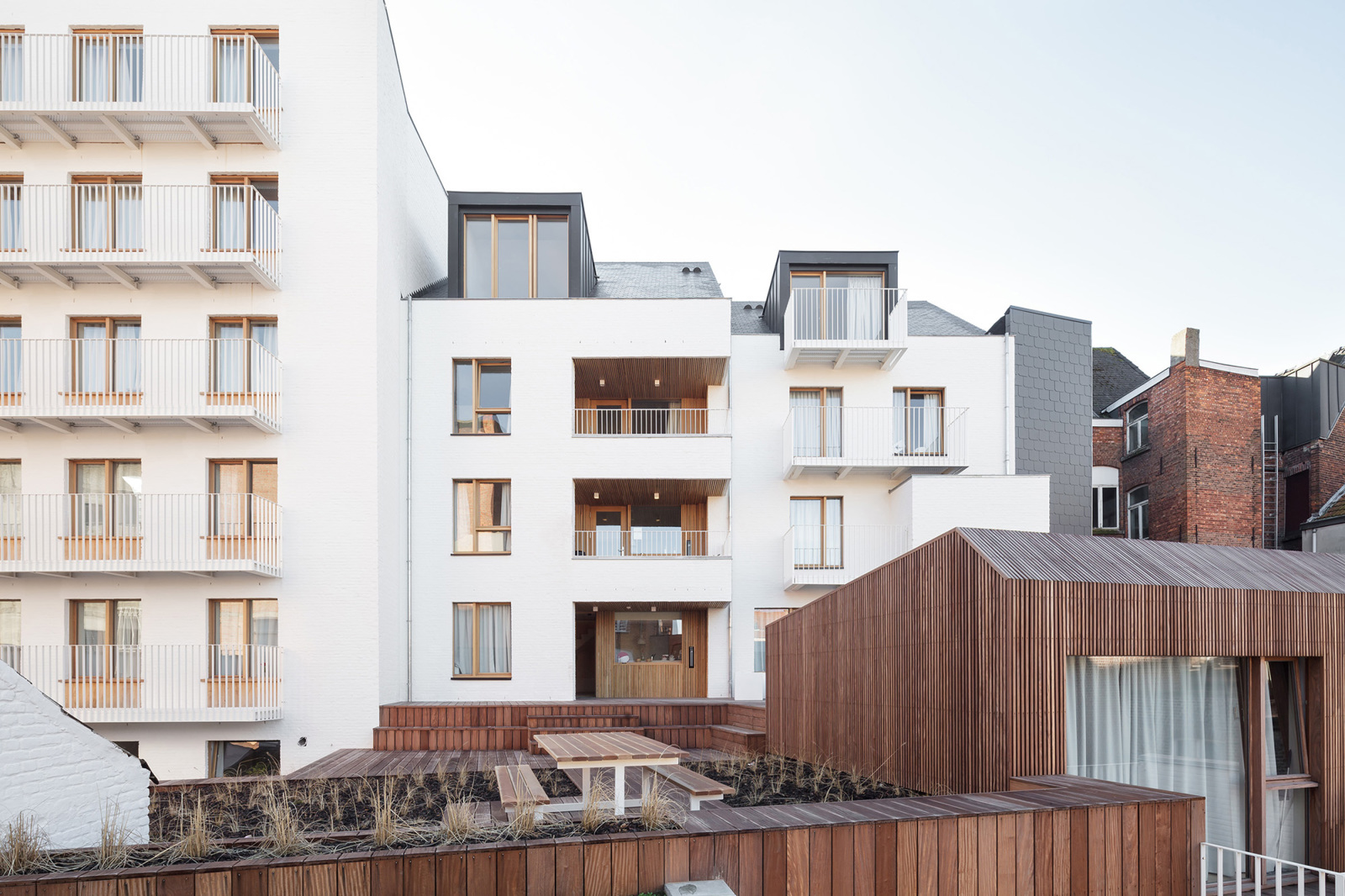 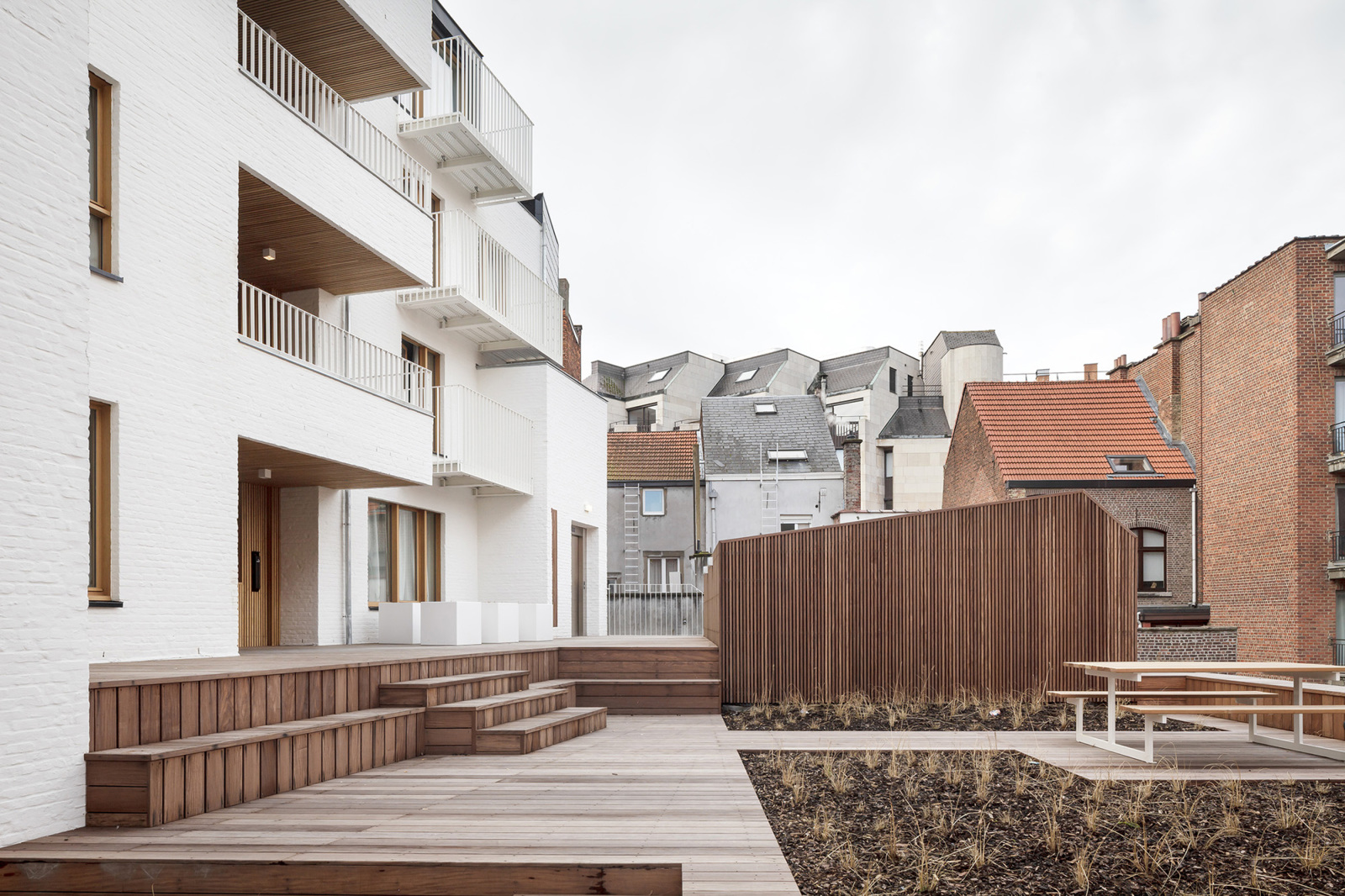 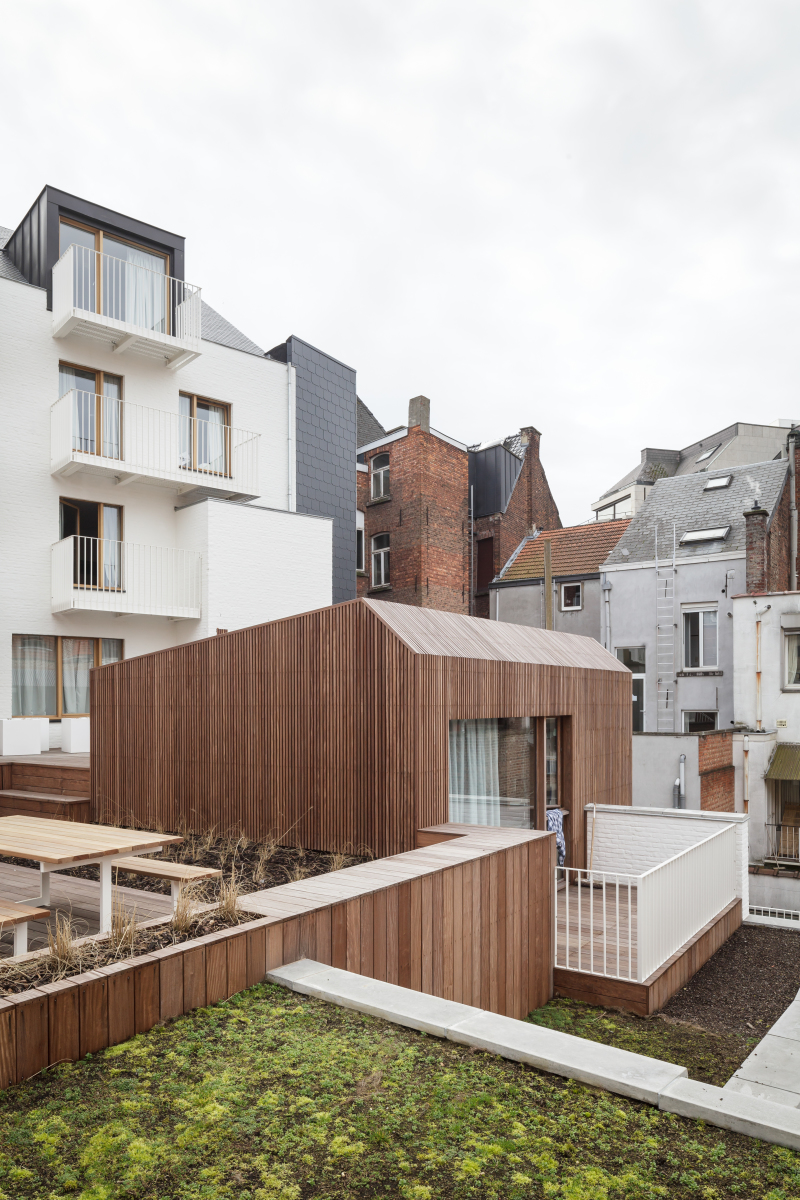 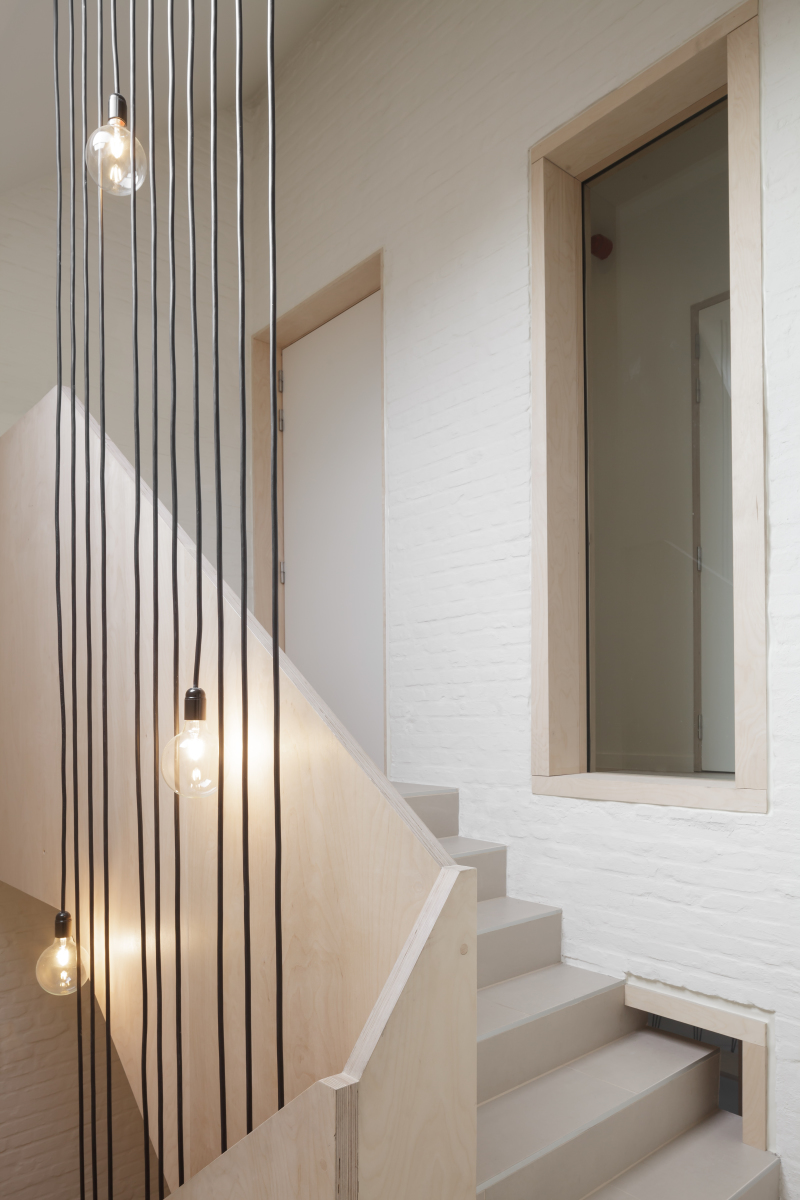 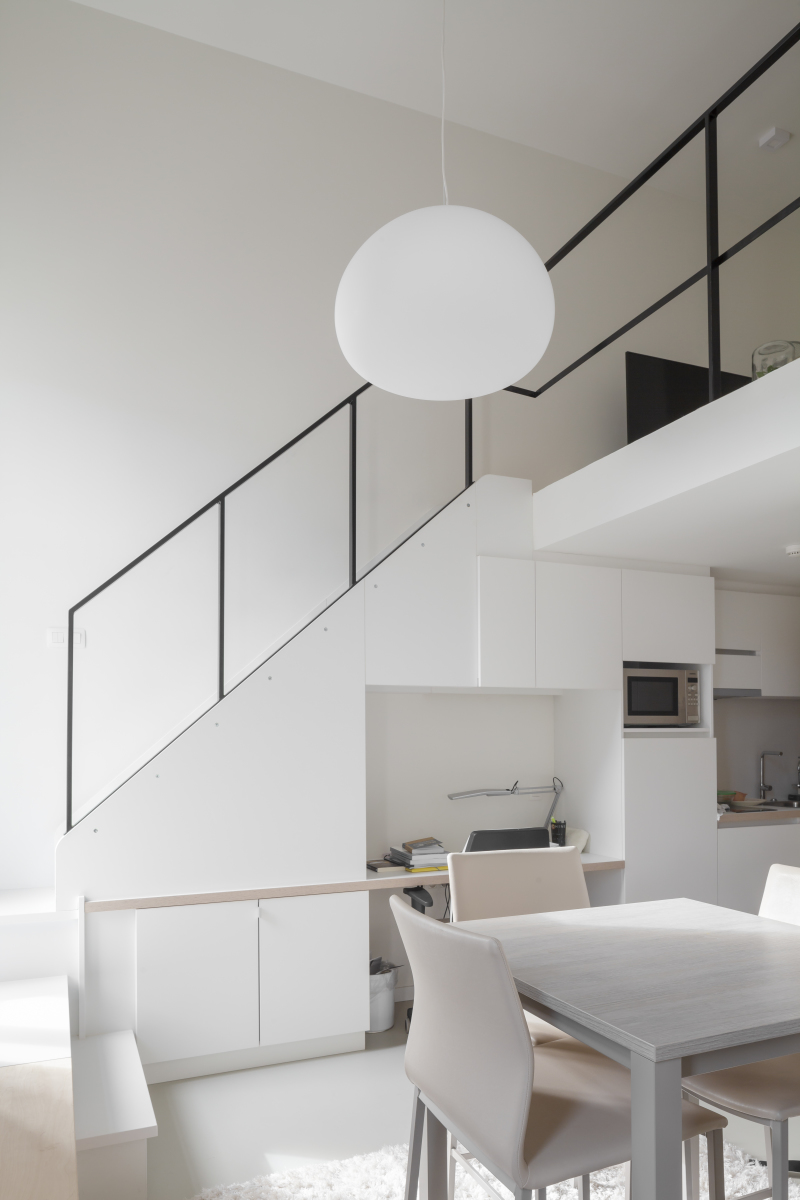 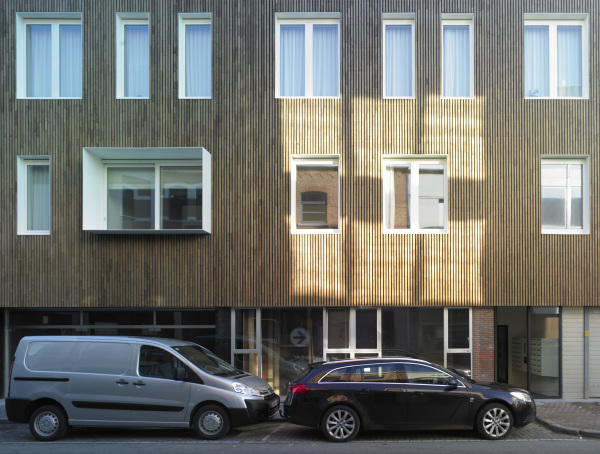 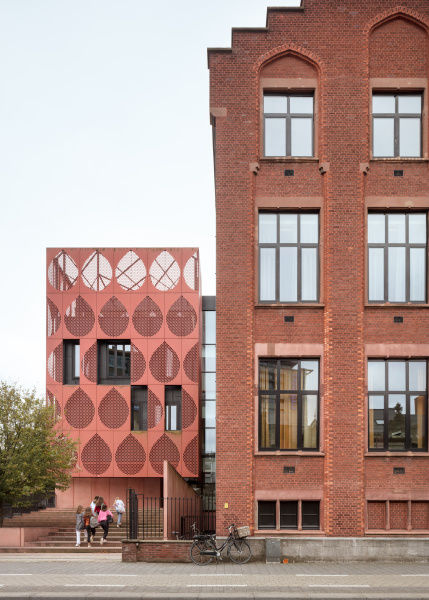 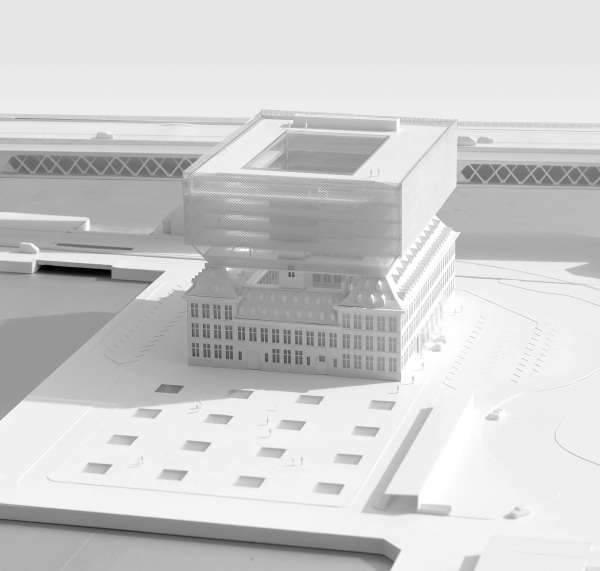